The Canadian government issued an Invitation to Apply for PR candidates who are in the Express Entry draw. A sum of 3350 candidates was to be invited to a draw held on February 20. IRCC  issued a sum of 14,500 candidates from the beginning of the year 2019 which is the highest number in the Express entry held since 2015.

The minimum CRS score is 459 in the draw which increases 19 points from the previous draw that had been held since the last draw was on January 30th, 2019 which has an intention with an increase in the CRS cut-off score.

IRCC invites highest-ranking CRS scored candidates from this pool because of a large time elapsed in the duration of the 3 weeks since the last draw. It sets a record of increased over 70% since the last February draw and set a current express Entry draw of 89800. 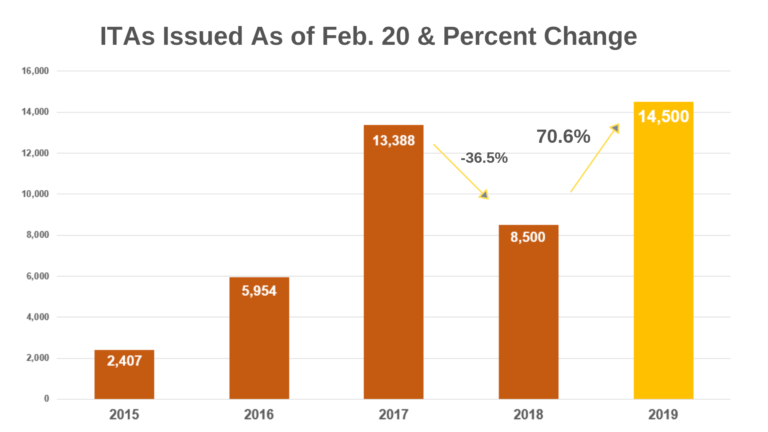 IRCC applied a tie break rule in this draw time stamp used was December 6, 2018, at 12:38:11 UTC. This means a CRS score of 457 and above pool before the selected date and time, received an ITA in this invitation round.

Want to immigrate to Canada in the streams of Express Entry we are ready to serve your needs just subscribe and get the latest list of Immigration news from GreenTree. If you have any queries about Express entry just leave a comment.