On 31 December 2020,at 11.00 PM, freedom of movement between the United Kingdom (UK) and the European Union (EU) will end. This document sets out further details on how their new immigration system will operate. At the heart of it will be the Points - Based System. This set out how they would fulfill their commitment to the British public to take back control of our borders by ending free movement and introducing a single, global immigration system. The Points-Based System will cater for the most highly skilled workers, students and a range of other specialist work routes including routes for global leaders in their field and innovators.

The Points-Based System will be a fair system, because we will treat people from every part of the world equally. It will also reflect the careful consideration being given to the Windrush Lessons Learned Review produced by Wendy Williams.

Benefits of the UK VISA

Under the new skilled worker system, anyone coming to the UK to work will need to demonstrate that:

The Intra-company Transfer (ICT) route allows multinational organisations to facilitate temporary moves into the UK for key business personnel through their subsidiary branches, subject to ICT sponsorship requirements being met. The route will require applicants to be in roles skilled to RQF 6 (graduate level equivalent), and subject to a different minimum salary threshold from the main skilled worker route.

How will points be awarded :

Identify whether you meet the required Skill level :

The Standard Occupational Classification (SOC) code is used to assess the correct skill level and appropriate salary level for specific job roles. All jobs have a corresponding Standard Occupational Classification (SOC) code. Each SOC code has a designated skill level. This determines whether the job meets the requirements of the skilled worker route.

Some of SOC major groups:

Migrants must demonstrate they have the ability required for the route and the role they are coming to the UK for.

The level of English language ability required is set as appropriate for each relevant route based on the Common European Framework of Reference for languages. For example, students at degree level must demonstrate their ability at level B2 (A-Level or equivalent) and skilled workers B1 (ASLevel or equivalent).

Skilled foreign workers with a job offer in a shortage area

Employers must pay £1,000 per skilled worker for the first 12 months, with an additional £500 charge for each subsequent six-month period.

Under the Points-Based System we will apply the ISC to sponsoring employers in respect of both EU and non-EU migrant workers.

Discounted rates of £364 per sponsored worker per year will apply as they do now to charities and Small and Medium Enterprises.

Biometric fee will include in the application fee.

You should expect up to 6 months of processing time for permanent residency applications made in the UK. Some applications may exceed the time limits, but most applications are decided within 6 months.

A processing fee is applicable, and as of the time of writing, the cost is £2389 for an individual application by post

Calculated your eligibility points? Now enquire with us to confirm your points to get precise information on your process and kick-start your immigration dream with us.

Apart from the process and knowledge you can get the trust and response from GreenTree Immigration. Excellent co-ordination through out my Australia study visa sub class 500. Im privileged to find the best australia study visa consultant in chennai.

Amazing and Humble staff. GreenTree helped my younger brother to study in Canada. The process was smooth sail I would give it a 5 stars for its help. Definitely the best and genuine Canada study visa consultant in chennai

My profile wasnt getting nomination it was in pool since a long time when I applied myself so I felt demoralised but after talking to GreenTree Immigration, they suggested and motivated me to apply for PNP to increase the chances of getting nominated and by god grace and with efforts from GTI I got acceptance from british columbia.

I contacted GreenTree Immigration to collect information about Canada student visa over phone. Their person guided me well and gave crisp information over the process.. i felt a bit costly but im going ahead with them for my canada study visa and i hope i will successfully get my visa

This place is the best consultant for Australia PR. They were really great with the approach and professional guidance. They listen to all our queries patiently and address them. They are great to work with definitely the best Australia immigration consultant in bangalore

So far its been a great experience with GreenTree Immigration. Process team has been very professional & swift. GreenTree is definitely one among the Top 10 canada PR Consultants in chennai highly recommending them as your canada Immigration consultant

They used to respond very quickly to my queries. They are Highly dedicated towards their work and they never gave me a chance to complain. They were excellent on my Australia PR application Process. GreenTree is the best Australia PR consultant

Fill in your details below,and one of our immigration Experts will contact you to confirm your eligibility status. 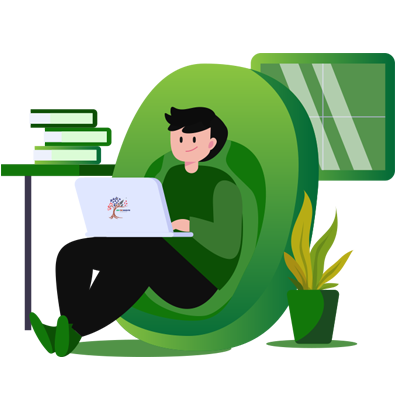